What will the 5G network really give to customers?

Today I would like to share with you some thoughts about 5G technology. I will try to answer the question “will 5G technology be successful and what will it really provide for customers”.

You’ve probably heard that there is information about the first commercial cellular networks offering 5G mobile services. In practice, I myself have already found several videos promoting the speed test results from the web in various cities in Europe, Asia, and America. Such videos show two numerical values ​​that are very important for the client. Transmission speed towards the client, i.e. download speed (DL speed) at the level of up to 1.2 Gbit/s and the latency of 25-45 ms.

The first is the speed of 5G and it is amazing.

It shows that the speed that a single client can achieve is over 1Gbit/s, which is more than in optical fiber. Fascinating.

We know from practice that such results in the city, despite technological capabilities, are rarely achievable. And here is an explanation of why this is so. The cellular network, unlike a dedicated fiber-optic link, provides a radio signal in a manner shared between all customers in a given area. In a word, the internet speed of 1 Gbit/s must be divided among all willing customers in a given area.

In terms of 5G technology, it will be exactly the same as in the case of the currently best mobile internet, i.e. LTE. However, this does not change the fact that the speeds that the customer will achieve in the 5G network will be higher because the bandwidth of the 5G base station is several times higher than in 4G/LTE.

Skilled observers will quickly realize that despite the much higher speed, the delay parameter is not less. Media announcements promise even 1-2 ms compared to 20-40 ms, hopefully.

So what’s the deal with those missed promises about the delay? The difference looks huge.

In practice, technically keeping their promise of low latency will require mobile operators to completely change the technology of the CORE network. All CORE devices and the architecture of their connections, which on a daily basis are far from the subscriber, require replacement.

With the implementation of the new radio technology, the so-called 5G NEW RADIO (5G NR), standardization organizations are introducing a new standard for the CORE network. We are talking about 5G Stand Alone (5G SA) based on NFV platforms (virtual function platforms).

In addition to the complexity, learning, and implementation of new technological solutions, operators must prepare for it together with 5G Providers. The standards for 5G SA were in practice defined and published by the 3GPP standardization organization only in March 2019.

So how do I see it in practice?

I think we can expect such a good delay in big cities at the end of next year. As for smaller and small towns, I am afraid that even later. This is due to the fact that the operator will have to build computer centers closer to customers, in smaller towns, say up to 100 km from major cities, and new investments will be required.

Is it such a big problem for our clients in Poland? Probably not. So far, the Polish government has not started the process of auctioning new frequencies for 5G technology. The operators, despite the already prepared base stations, are not able to offer services. In Poland, if everything goes very well, the first commercial 5G services will appear in 2020. I wish all of us that the offer would not only include higher speed but also lower latency. The latter will be especially appreciated by those who love online games and fans of series.

3 thoughts on “What will the 5G network really give to customers?” 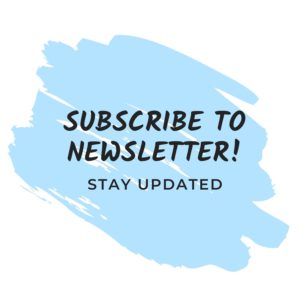